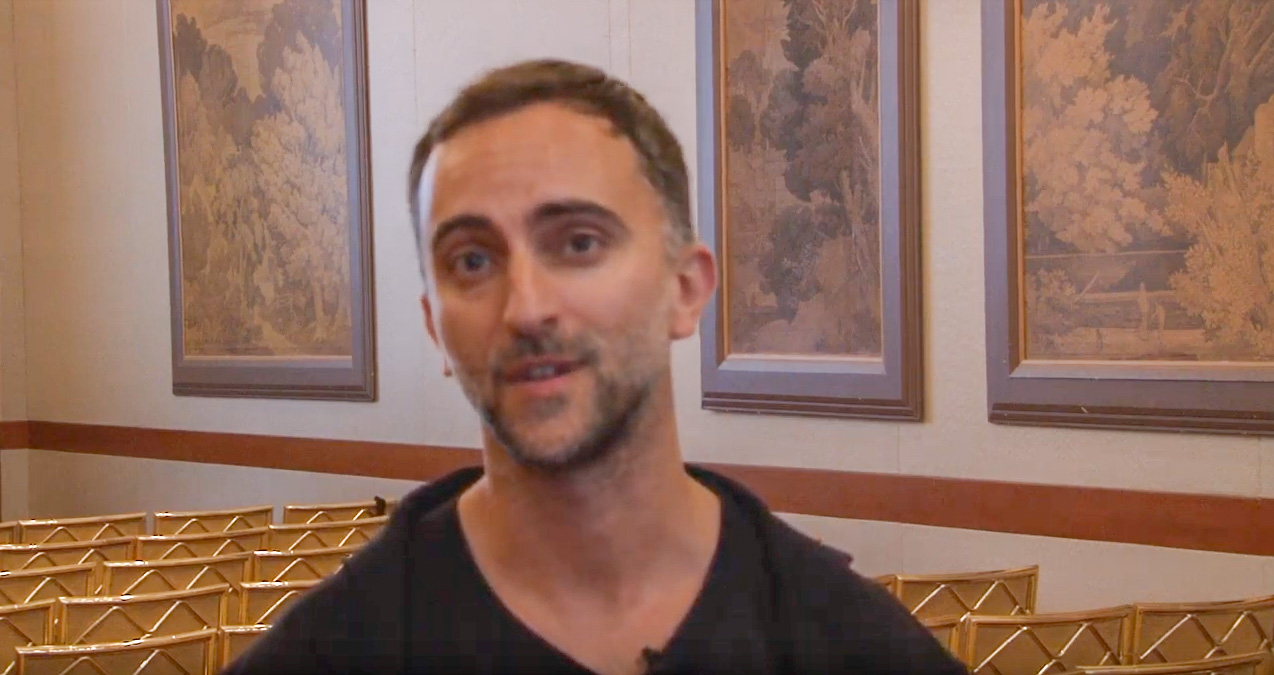 Philip Fimmano, Partner and Director at TREND UNION, a leader in compiling trends from around the world since 1986, spoke to our crowd from the Underfashion Club at the Harvard Club of New York about “The Impact of Socio-Cultural Changes on Fashion 2020-2021.” Socio-cultural trends have had an impact on all aspects of fashion, from sustainability to color trends, fabrics/materials and accessories.

The overarching theme of this educational event was the idea of brown as a color and a metaphor for society getting closer to the earth and the diversity of people. Philip linked the color to the way we will be living in the future. Brown is more in-tune with the current period after 30 years of black, transforming any item into something luxurious, modern, and less aggressive. The consumer wants to be different, focused on ecology, and casual.  Browns and neutrals soften the edges on the body when worn. read more

Eurovet’s Curvexpo New York Mode Lingerie and Swim trade show took place at the Javits Center from February 26-28, 2018. Exhibitors featured Fall/Winter 2018-2019 collections to buyers, industry partners, and known industry leaders in all Intimate Apparel and Swimwear categories. Most North American lingerie boutiques (57%) reported improvements in sales in 2017. In order to keep this trend going, businesses should recognize the preferences of a generation that will make up 50% of the working force by 2020: Millennials.

Millennials, known as the “wireless generation,” currently comprise 30% of the global population at 2.5 billion. Millennial mothers have some of the highest purchasing power in history. They tend to be eco-conscious and drawn to brands with sustainable practices and embrace the developments of digital technology. This generation has shown a preference for “barely there” styles like wireless bras and soft bralettes — a trend that is here to stay. Comfort is expected and many reject artificial padding or “enhancements.” read more

Spring and Summer are just a few short months away, bringing fresh lingerie collections! Get ready for an especially innovative and complex approach to fashion in the near future, reflecting a new generation of lucid and modern women. In the warmer seasons, lingerie is a must as it peeks from beneath outerwear as a statement. There will be more variety in color and patterns to complement the diverse range of styles on the market.

The Intimate Apparel industry has fully embraced bralettes ever since their introduction and meteoric rise in popularity during the Spring of 2016 – and for a number of reasons, this trend is likely here to stay.

As the athleisure trend gained traction, consumers became increasingly interested in apparel that is stylish, supportive, comfortable and versatile. Bralettes fill that demand and have risen as intimate apparel’s embodiment of leisurely fashion. From bedroom selfies to red-carpet outings, celebrities and fashionistas are being spotted wearing bralettes as standalone statement pieces that communicate ease, confidence, and cutting-edge style. read more

According to the Executive Director of the Pantone Color Institute, Leatrice Eiseman, the hues in the spring/summer 2017 palette are reminiscent of colors that surround us in nature.

“Reminiscent of the hues that surround us in nature, our Spring 2017 Fashion Color Report evokes a spectrum of emotion and feeling. From the warmth of sunny days with PANTONE 13-0755 Primrose Yellow to the invigorating feeling of breathing fresh mountain air with PANTONE 18-0107 Kale and the desire to escape to pristine waters with PANTONE 14-4620 Island Paradise, designers applied color in playful, yet thoughtful and precise combinations to fully capture the promises, hope and transformation that we yearn for each Spring.” read more

Curvexpo celebrated their 10th year anniversary at the Jacob Javits Center in New York from Monday, February 27th to Wednesday, March 1st, 2017. This world-renowned lingerie and swimwear trade show featured collections for the upcoming Fall/Winter 2017 seasons from over 600 exhibitors.

A festive display of mannequins adorned in lingerie lined the entry of the show floor, displaying some of the most prominent trends from over the last decade. read more

Lingerie trends for Autumn/Winter 2016-17 are cool and practical, meeting the demands of a consumer base that’s becoming increasingly conscious of the value of fit and function. Mid to high-end lingerie brands thrive as the market grows to recognize and appreciate quality and care in the manufacturing process.

Interfiliere, hosted by Eurovet, is the leading trade show for intimates, beachwear, and swimwear fabrics around the world. Dozens of exhibiting mills and hundreds of companies shared their latest fabrics with buyers and industry professionals at The Tunnel in New York on September 22nd, 2016. The latest intimate apparel style trends were on display, sharing the great variety in tastes among today’s lingerie brands and their customers.

The 18th edition of Mode Lingerie and Swim, CURVEXPO New York, took place from July 31st to August 2nd, 2016 at the Javits Center in Manhattan. Hundreds of exhibitors shared their Spring/Summer 2017 collections and more on the show floor! This season’s show featured a great variety of garments, rich in bright colors and tropical patterns to celebrate the aesthetic of warmer seasons.

Swimwear for 2017 is beaming with multicultural imagery with patterns inspired by cultures across the globe, created primarily by Brazilian brands. African designs like Moroccan and Kenyan prints are very trendy this season, but there is no shortage of traditional beach imagery like Hawaiian palm leaves and nautical stripes. The demands of full-bust customers have prompted many swimwear brands to implement cup-size technology into their bathing suits, making beachwear that is both gorgeous and supportive for a wider range of body types. read more

Summer 2016’s hottest trend is giving lingerie lovers a chance to show off their most luxurious garments in sophisticated style. Underwear as outerwear has been reaching new peaks in popularity over the past few years, led by fashion icons and celebrities who bare their intimate apparel as statement pieces in their outfits. This has been giving lingerie brands and designers more visibility than ever before among fashion lovers everywhere.

Le conical corset by Jean Paul Gaultier, worn by Madonna during the “Metropolis” sequence of The Blond Ambition World Tour in 1990, photographed by Emil Larsson.

“Underwear as outerwear” is no new fad, as it was first coined in the 1980’s by Malcolm McLaren when his winter 1982 collection showed a 1950’s-style bullet brassiere worn over a sweatshirt. This offbeat fashion statement was a huge inspiration to the industry, provoking designers like Jean Paul Gaultier to create some of their greatest lingerie-inspired works and performers like Madonna to wear the look out on tours. Since then, bold and beloved celebrities like Britney Spears and Rihanna have kept underwear as outerwear in vogue with barely-dressed appearances. read more